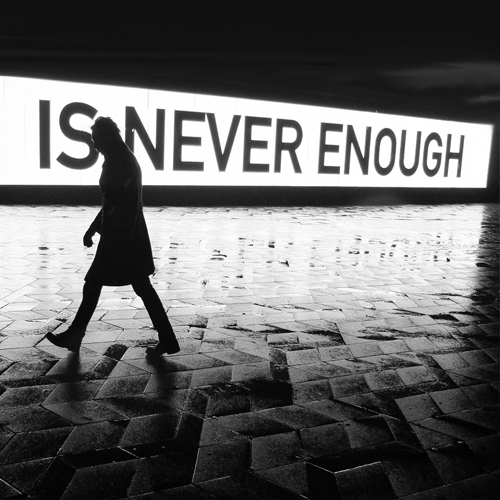 Joseph continues his multi-part series on the Four Noble Truths, this time investigating the source of Dukkha.

The second of the Four Noble Truths is the source of Dukkha, which is our ceaseless craving. Joseph explores the three kinds of craving. He shares how practice can help us let go of this craving.

Click here to catch up with episode one of this series.

The Noble Truth of Dukkha is the word for unsatisfactoriness, unreliability, and the ultimately unsatisfying nature of conditioned phenomena. The origin of Dukkha is craving; craving is the powerful force in the mind that keeps the whole wheel of Samsara going.

Craving is the translation of the Pali word taṇhā, which means thirst. It is described as the fever of unsatisfied longing. Joseph discusses the three kinds of craving that the Buddha spoke of: sense pleasures, existence (becoming), and non-existence (not becoming).

The Buddha did not condemn sense pleasures as sinful; rather, he used an introspective and scientific method of observation about his experience. Joseph discusses the questions and observations that that Buddha made.

“What is the gratification in our world? What sense experiences are we enamored by? We should look carefully at this. This is a question that led to the Buddha’s awakening, and maybe it will lead to our own.” – Joseph Goldstein

Drawbacks (25:25) – There are many drawbacks to relying on the gratification of sense pleasure for our happiness. Craving is never satiated, it leads to unwholesome action, lies, and harm to others. However, like the Buddha taught, if there were no drawbacks in the world we would not become disenchanted with the world. This might seem like a bad thing, but Joseph delves into why that is not so.

Bodhicitta (38:00) – The aspiration of Bodhicitta is the wish that you may awaken from ignorance for the welfare and benefit of all beings. Once we connect with the Dharma, it becomes the most meaningful context for everything else we do in our lives. The release from the world is not indifference; it is really a freedom from ignorance, craving, diversion, and delusion.

Craving for Existence (41:40) – The second craving the Buddha talked about is the craving for existence. This is the basic desire to be, particularly in pleasant states of existence. A good example of this can be seen in the planning mind, where we imagine ourselves in some future situation and engage in the thoughts and actions that get us there. With mindfulness and being in the present moment, we can overcome this craving.

“Not reviving the past, not hoping to be in the future. Instead with insight, see each arising state. Not craving after past experience, nor setting one’s heart on future ones. Not bound up in desire or craving.” – Buddha

Craving for Non-Existence (47:10) – Non-existence is the third craving spoken of by the Buddha. This is the sense that life is so bad; this experience is so bad. It is not wanting to be, but is the want to not be.

The great discovery in practice is that on one level, existence and non-existence, self, and “the other” are the big defining themes of our lives. On another level, however, it is just the dance of insubstantial appearance, the magic show of consciousness.