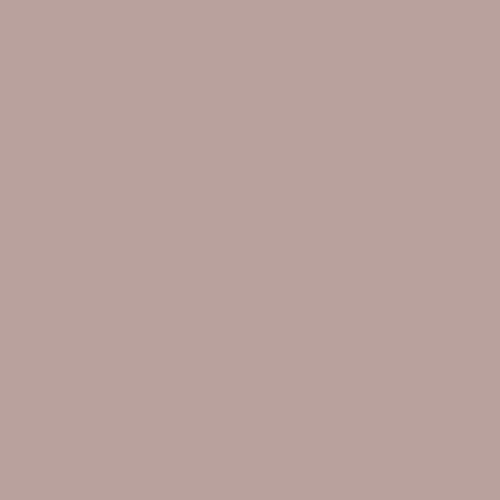 For many people, psychedelic drugs such as LSD (acid) and psilocybin (magic mushrooms) can act as a gateway to an expanded consciousness and new spiritual possibilities. It’s like finding a new channel on a TV that’s been stuck on a station airing nothing but Leave it to Beaver reruns. It is in turns joyful, awe-inspiring, and fear-inducing. Some people never want to leave that channel; some people never want to see it again. And some people want to keep searching for even more new channels and higher experiences.

Ram Dass is a channel seeker. Taking acid never satisfied him, because there was always that pesky little nuisance of coming back down. But acid began the process of destroying his ego while opening his heart, helping him carve a path to India and his guru, Neem Karoli Baba (also known as Maharajji). It was exactly the medicine he needed.

The US government did not agree, banning medical research on psychedelic substances in 1970. But these days researchers are finally back in the lab, taking a hard look at psychedelics for their medicinal value and how they might be useful to people suffering from addiction, depression, and PTSD (post-traumatic stress disorder). It has been a long time coming, ever since Ram Dass and Timothy Leary planted the seeds many moons ago…

Before he was Ram Dass, he was known as Richard Alpert. He was a hot shot Harvard professor living the good life. But something was always missing, something he could never put his finger on. Enter Timothy Leary, stage left.

Together, these two psychology professors had learned as much about the subject as humanly possible at that point. It wasn’t enough for either of them. Leary had an experience in Mexico with psilocybin and claimed he learned more about human psychology in those hours than in the many years he’d spent studying it beforehand. Richard Alpert was intrigued by the possibilities, so an experiment was arranged. Here he is in 1964, describing his first experience with psychedelics:

“I was sitting in the semi-darkness, the light came in from the street, it was snowing, and it was very beautiful. I was sitting there and suddenly in the dark across the room, I saw a figure standing there and as I looked more closely I realized that the figure was myself.

It was dressed in a cap and gown strangely enough, and what I saw was my ‘professorness’ across the room. It was what you call in psychology, what I called at the time a dissociative experience.

And so I looked at this ‘professorness’ and I said, ‘Well, I guess I don’t really need that anymore’ and I sat back and relaxed. And the minute I said, ‘I don’t need that anymore,’ the figure changed and it was somebody else. I sat forward and there I was again, except now I was the young cosmopolite. My ‘cosmopoliteness’ was sitting over there; alright, well I guess I can do without that. Sat back. And in a sequence, all of my social roles went by— ‘loverness,’ ‘wise man,’ ‘kind person—all of my roles. With each one, I said: ‘Okay, well too bad about that one, there it goes.’

And then went my ‘Richard Alpertness.’ Now, this was another matter, you see. This was who I learned to be way back then. What would happen if I gave that up? And the thought went through my mind: ‘What have I taken with this drug that this mad man Leary has given me?’ See, it’s already his fault!

And what’s clearly going to happen now is that I’m going to be an amnesia case because I’m losing my identity. I won’t know who I am. Alright, well, I can always get another social identity. I went through this thought process. I’ll give up ‘Richard Alpertness. At least I still have my body.’

As those of you that have experimented with this world know, I had spoken prematurely. As I looked down at the couch, nothing below my knees was visible any longer. As I watched, it all disappeared slowly until there was only the couch on which I was sitting.”

Read more about the first encounter between Ram Dass and Timothy Leary.

The Trap of High Experiences and Psychedelics

The Harvard Psilocybin Project, as it was known, ended with Richard Alpert (and Timothy Leary) being fired from Harvard. He spent the next six years continuing his experimentation with psychedelics, ingesting various amounts of substances such as LSD and mescaline in excess of 3,000 times. I’m not good with numbers, but I’m pretty sure that’s a lot of drugs.

On episode 2 of his “Here and Now” podcast, Ram Dass describes one of his trips:

“I remember vividly, one experience in the meditation room in Newton, where I had taken a very sizeable dose of LSD. I was alone, and I had meditated for many hours, fasted and so on, and I went into a state of Samadhi for a timeless period. I think it was probably about two hours but I don’t know because time is not a variable in that state.

And then I remember starting to come out of it. And what I saw was a huge blood red wave coming down the room and rolling towards me like an ocean wave. In it were all the components of my identity. I remember vividly seeing myself on a tricycle as a little boy. I saw all of these different images, different takes. Getting out of the bathtub or, you know, any moment when I’d ever been conscious in my life. It was like a Hieronymus Bosch painting, that’s the feeling it had. And I remember holding my arms up to ward if off and saying, ‘No, I don’t want to go back into that.’

As it turns out, the key he was looking for happened to be in India, wrapped in a plaid blanket. When Richard Alpert traveled to India in 1967, he found his guru Neem Karoli Baba. He found his home. He found Ram Dass.

This is what Neem Karoli Baba told Ram Dass about psychedelics:

“These medicines will allow you to come and visit Christ, but you can only stay two hours. Then you have to leave again. This is not the true Samadhi. It’s better to become Christ than to visit him – but even the visit of a saint for a moment is useful. But love is the most powerful medicine.”

Ram Dass, finally at home with Neem Karoli Baba, was ready to move beyond the drugs. For him, it was never enough to have a two-hour visit with Christ. So Ram Dass turned his focus to meditation, to a life dedicated to the practices of bhakti yoga (the yoga of devotion), to becoming a person who is today quite literally the embodiment of loving awareness.

Here is Ram Dass, writing about the trap of getting high:

“The trap of high experiences, however they occur, is that you become attached to their memory and so you try to recreate them. These memories compel you to try to reproduce the high. Ultimately they trap you, because they interfere with your experience of the present moment.

In meditation you must be in the moment, letting go of comparisons and memories. If the high is too powerful in comparison to the rest of your life, it overrides the present and keeps you focused on the past. The paradox, of course, is that when you to let go of the past, you find in the present moment the same quality that you once had. But because you’re trying to repeat the past, you lose the moment.”

If that’s not a trippy thought, I don’t know what is…

So psychedelics alone are not what transformed Richard Alpert into Ram Dass, but they were an indispensable part of the journey. They allowed him to knock on the so-called doors of perception and get a peek inside. As Neem Karoli Baba said, a visit with Christ can be quite useful. So, just how useful can psychedelic drugs be in a medicinal sense? Enter Rick Doblin, head of the Multidisciplinary Association for Psychedelic Studies (MAPS), who recently stopped by the Mindrolling Podcast to talk shop with Raghu Markus.

Doblin was heavily influenced by the original research done by Ram Dass and Timothy Leary. He has been a part of the psychedelic psychotherapy movement since the early 1970s, when the original research on these drugs was banned and has been instrumental in getting FDA (Food and Drug Administration) approved trials running again. In 2014, he was featured in a Washington Post article on the power of psychedelic therapy to help heal people suffering from addiction, depression, and PTSD.

What research has shown is that it’s not the drugs themselves that help with the healing process, it’s the non-ordinary state of mind. Doblin uses the drug MDMA (also known as ecstasy) over substances such as LSD or psilocybin, explaining:

“You don’t feel like you’re going crazy or about to die. It’s not dissolving the ego. With the classic psychedelics, you realize that we’re going through the world with these filters on like blinders on a racehorse. And we are just seeing what we need to do next for survival. You take off these filters, and there’s this enormous world bigger than yourself and your ego. There’s a terror about that and a joy about that… MDMA is the opposite of that. It cleans the window of perception between you and the larger world. You feel so comfortable that you can see that we’re just this tiny spec on this enormous historical drama…. It grounds you in yourself. There’s a joy and a peace from that.”

Doblin has seen outstanding results in his work with MDMA with PTSD patients, including survivors of childhood sexual abuse, war veterans, and people who have had workplace accidents. He found that the MDMA therapy works, regardless of the cause of the PTSD, by allowing people to revisit the trauma from that non-ordinary state of mind.

When done in the right setting, under the guidance of a professional, a trip to the non-ordinary state of mind can be a place of safety. In this state, we can reach a different perspective, access our higher self, and let the mind and body do what they do best: heal themselves.

Doblin ends his interview by discussing a “coming together” of spiritual practices and psychedelics, after many years of being considered different paths. He cites a recent study about the effects of psychedelics on meditation, saying:

“What people are reporting, and many of these are people that had early inspirations with psychedelics and then gave it up to do life-long meditation, is that in the end of life, you could say, that psychedelics are proving to be useful yet again, and that it’s helping deepen their meditation practice. What we’re seeing is not this either/or bifurcation, which was created by this social backlash, but there’s now a recognition that it can be part of, and have different roles throughout a life span, even for people who have given it up for decades.”

So psychedelics can work not only to kick-start a spiritual quest but also enhance the journey along the way. As long as we do not fall prey to the trap of these high experiences, they can help cultivate a sense of loving awareness in us; the same loving awareness that Ram Dass has found on his journey.

Listen to Rick Doblin’s interview for a deeper look at his psychedelics research on this Mindrolling Podcast.

This article was written for Be Here Now Network by Noah Markus and is not to be replicated without the consent of the author or the site. 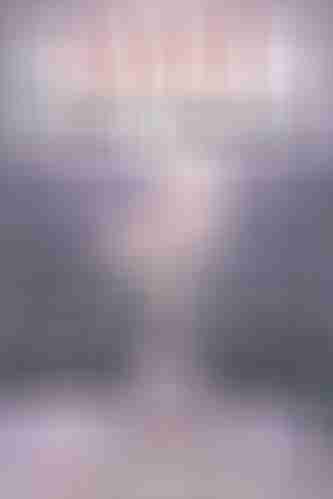 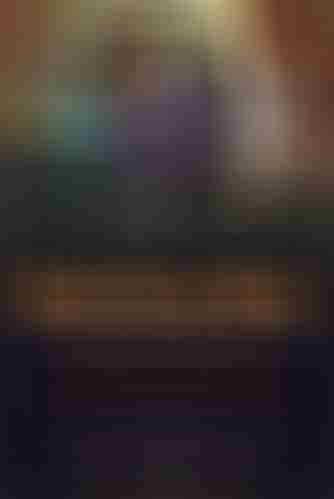 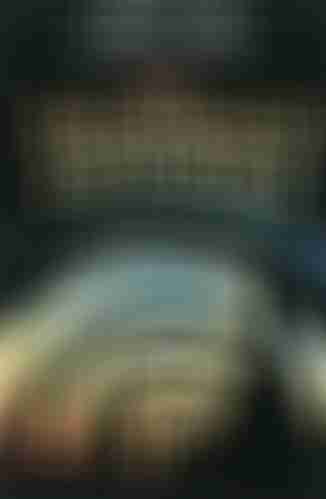 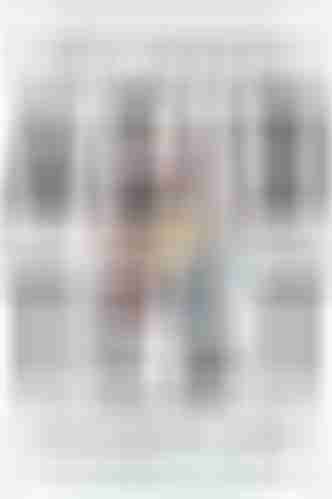