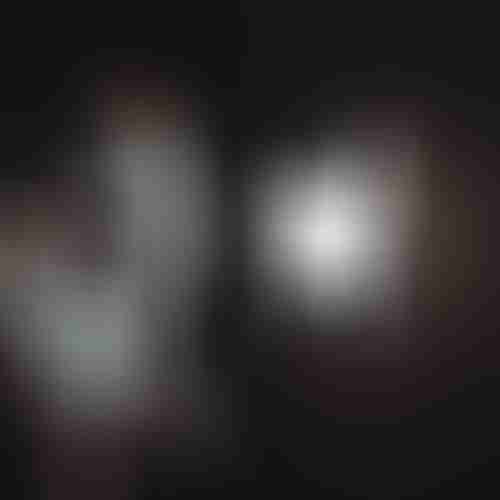 A dialogue on fear and love between Jack Kornfield and Catherine Ingram.

Jack Kornfield: …In the Buddhist teaching, one of the phrases for the sense of separateness, the illusion of separateness that we’re separate from the world is called “The body of fear” – the more separate we feel the more we fear the world because we feel that we’re somehow apart from it. And so to deal with fear is really deep and persistent – in some way love and fear are the opposite sides of the same coin. Love is that which expands beyond fear in some fashion.

So your question is, “How can you sit in love and live in love rather than in fear?” and the first step, I’m sorry to say, is to love your fear. There’s a way in which you actually have to bow to the fear and say, “I know you. You too are part of this humanity.” So it’s built in and if you think, “Well, I shouldn’t be afraid” or “I shouldn’t have fear,” already that is a kind of layer of judgment and lack of love. We all think that and judge ourselves but if you can step back and say, “Oh, this physical body has this wired into it, there’s going to be fear, the mind has stories of the future because fear is always about the future,” and the mind secretes thoughts the way salivary glands secrete saliva. It can catastrophise. And it’s hard to be frightened and it’s hard to be anxious. So what you want to do then is look for these resources and bow to the fear, then try to find the other place of love – first by loving the fear itself.

In the Tibetan Buddhist tradition you offer the demon love rather than trying to fight against it because the fighting against fear makes it worse. And then you find the place of refuge, the place that feeds you in some way, your resource. Even now, think of the most beautiful holding loving experience or place you’ve ever been in your life – the temple, the beach, the circumstance – and you let the image of this beautiful place or the love you have in some really special circumstance, let that remind the circuits of your nervous system and the vibration and energy of your heart – “Oh yeah, there’s another channel and another way to be.” There’s a way in which you want to find this image and place and feed yourself with that love – so the fear is there, “Yes thank you,” you can put it on the fear alter and it can stay there, it doesn’t have to go away, and then bring in this other energy.

What do you do Catherine, when you’re anxious and afraid?

Catherine Ingram: Well, I don’t have any story whatsoever that says fear shouldn’t be there, or even terror – I often say that you don’t have to quiet the mind, you simply have to notice the quiet that contains the mind. So if fear comes, however big it is, however big the storm of fear might be or the terror, I always have a sense that it’s happening in very grand space so I let it be there because I know it’s passing and it’s working itself out – I don’t try to feed it, but I let it be because something triggered it. And in a way, from my point of view that is a loving response to my own self. It’s saying, “You’re conditioned in a certain way, certain things will arise based on these circumstances and you don’t have to be in battle with your own conditioning.”

See, a lot of people are trying to work on their conditioning and that is fairly hopeless. But you can start to give much more attention to that which we might call “The unconditioned clear awareness” – the purest, most essential sense of being, the love droplet that you are, even though this conditioning might roar along, some people have much more powerful conditioning than others.

Some people have had lots of trauma. If you’ve had a lot of trauma and you perhaps were also abused as a child or whatever the circumstance, now we know through lots of bio-reading by scientists that you will have a much faster and more pronounced stress response – which seems so unfair because not only did you have to suffer the abuse but you now have a lifelong hair-trigger stress response as a result. But if you know that and you just accept it, if you just say, “Ok, that is what is so. I joined the many millions who have had that same situation here…I join all of them as my comrades in that particular flavor of suffering. And arm in arm we walk on here and celebrate life.” And know that [fear] does not need to define you, it is not the totality of who you are, and you can address this, move your attention to a deeper aspect of you that was never abused, that was not in terror, that was never stained in any way.

So in this way you coexist happily with fear when it arises. You might even go through a phase of anxiety, so then you’re living with anxiety arising periodically. Perhaps it’s there more frequently than you’d like. Then you begin to train yourself to know that’s not the totality, and I’ll just move my attention into that which isn’t so anxious and so on.

These are all ways of actually loving yourself and saying to yourself, “You don’t have to really change all of this conditioning and eliminate fear and terror.” That would be a big war that you create inside of yourself.

Jack Kornfield: What you’re saying is really moving for me because you’re speaking to that inviolable spirit in a being, in a person that no matter what has happened there is some place that is pure and that cannot be touched, and then you start to remember, “Who am I really? Am I the trauma? Am I the history? Or am I the One who Knows?”

Transcription excerpted from this webcast with Jack Kornfield & Catherine Ingram. For more info on Catherine visit www.DharmaDialogues.org, and to learn more about Jack’s offerings visit www.JackKornfield.com.