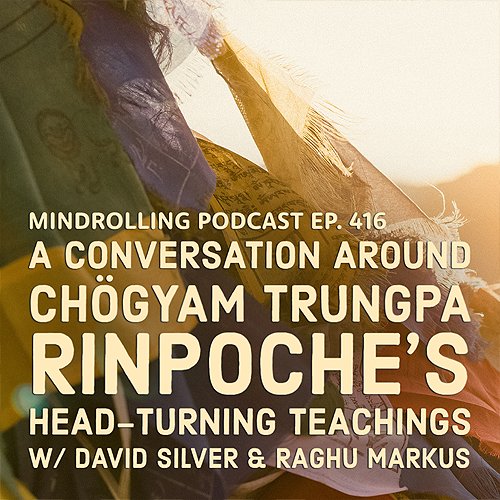 In one of their newly infamous “ask the experts” sessions; OG Mindroller, David Silver, returns with Raghu for a meandering conversation gravitating around the teachings of Tibetan Master and founder of Boulder CO’s Naropa University, Chögyam Trungpa Rinpoche. Inspired by his new book, Cynicism and Magic, the two friends trade stories and insights, applying Rinpoche’s ancient Buddhist wisdom to our modern afflictions.

Raghu welcomes back Mindrolling originator, David Silver, for a podcast orbiting around late Tibetan Master, Chögyam Trungpa Rinpoche, and his head-turning new book, Cynicism and Magic. Beginning the episode by sharing on the current state of covid, vaccines, truth, tribalism, anger, and Aaron Rodgers; the two quickly find a remedy for these emerging ailments within the natural wholeness which Buddhist practice can open us to.

“With this increase in tribalism and this phenomenal stress that we’re all under in one way or the other on a day to day basis with what is going on in the world, in the country, with the pandemic, with racial justice— Here’s the good news: It’s manifesting where we can see what the Buddhists call the ’16 billion impediments to our becoming whole,’ where we are kinder, where we are hopefully aspiring to be Bodhisattvas.” – Raghu Markus

Ram Dass talks about his relationship with Chögyam Trungpa Rinpoche, on Ep. 39 & Ep. 40 of Here & Now

Sharing the ‘sab-ek’ (all one) take on often lofty Buddhist concepts, Raghu and David interpret ancient Tibetan wisdom for our modern world. Opening the pages of Cynicism and Magic, they dive into the words of Trungpa, highlighting key concepts like spiritual materialism, egolessness, neuroses, cynicism, meditation practice, self-inquiry, selfishness, samsara, delusion, and confusion—all pointing to the ‘snobbishness and deception’ encased in the ego-act of wanting to be enlightened, wanting to be a Buddha.

“I do believe that [Trungpa’s] cynicism is not the cynicism that we see on the news or in dark humor. It’s the cynicism of having to cut through the pretentiousness that the ego still presents us when we think we’ve left it behind; because it’s still in control because you’re still enjoying the idea of being ‘spiritual.'” – David Silver

Sharing on Trungpa Rinpoche’s notion of ‘the gap,’ Raghu and David discuss bardo, reincarnation, and spiritual materialism, before diving into the subtle nuance of experiencing miracles and magic along the pathless path of answering the questions of who we are and why we we’re here.

“What is the essence of this thing [Trungpa’s] saying? It’s certainly the basic goodness of organic life, no matter what, even if it’s the viper eating the frog. Whatever it is, that is the essence of our environment—both on this level and on any other level that we aspire to—is that fact that something is happening, and it’s a shock to us because we’ve tried to obliterate our deepest need, which is to find out who we are and why we’re here.” – David Silver

For more Raghu Markus & David Silver on the teachings of Trungpa Rinpoche, tune to Ep. 277 of Mindrolling 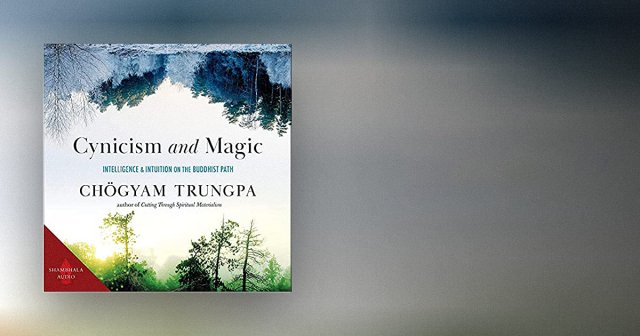