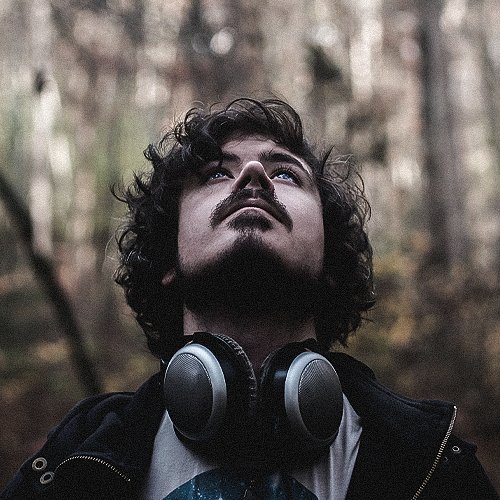 Anthony Thogmartin, of Papadosio and EarthCry, joins Raghu to discuss the inseparability of music and spirituality, at the brimming intersection of nature and technology.

Anthony Thogmartin is a consciousness, technology, and ecologically minded multi-instrumental musician, producer, and teacher best known for his work with the jamtronica outfit Papadosio, and his solo electronic act, EarthCry, aimed at “healing the planet and its people.” Anthony recently stepped into the teaching role with his Seed to Stage Academy, where he shares lessons, both digitally and in group settings, to help up-and-coming musicians and producers learn the art, technology, and fundamentals so they can begin tapping their imaginations, creating music, and playing shows. You can find information about his upcoming offerings, like his newest album Identity Mitosis, at EarthCry.net

A renaissance man for a new generation, Raghu invites Anthony to share what sparked such deep, varied, and encompassing interests which bridge the paradox between sound and silence, nature and technology, and formlessness and form. Highlighting his aptitude for listening with his ‘mind’s ear,’ and love for the outdoors as entryways into the sonic spelunking and playful creating he does with EarthCry and Papadosio, Anthony shares his connection to the here and now, and how musicians are translators of the mystery.

“I find myself getting very stale idea-wise if I can’t find that silence, find that inspiration the great outdoors allow. I’m a huge proponent—and I think most musicians will say this—that we’re more like translators. We’re sitting at the little throne beside the King/Queen, scribing down what they’re saying. Music is this great spirit of idea. These ideas are soaring through the world, and we are picking them and translating them so people can hear.” – Anthony Thogmartin

Join the Glitch Mob’s Justin Boreta as he mixes together Ram Dass, electronic music, and heart wisdom, on Ep. 250 of Mindrolling

Your Game Is Clean: Impeccability & Improvisation (16:00)

Sharing a song from Papadosio’s all-improvisational set from last autumn’s Soul Land Music Series, Raghu invites Anthony to talk about the namesake Ram Dass quote of their song, “Your Game Is Clean.” Speaking to cultivating impeccability within the balance of full band improvisation, Anthony shares the vibrational nuances of illustrating Ram Dass’ wisdom teachings through the medium of live music—something Papadosio began with “The Plug,” the first song they released as a band in 2007.

“When you have a ship of improvising musicians, you can think of it as a boat. Everyone gets the cue, ‘Oh, we gotta change the sail—we gotta go starboard side because that’s what the lyrics are doing.’ So, ‘Your Game Is Clean’ was referring to your impeccability, and your ability to rise up in your impeccability.” – Anthony Thogmartin

All I Knew: Identity Mitosis, Environment, Seed to Stage (30:00)

Unveiling the heady, philosophical concepts inspiring his newest EarthCry project, Identity Mitosis—a musical short story / animated series illuminating the paradox of existence through imagined future conversations between biological life and A.I. technology—Anthony expresses his life as a dance between nature and technology. To round out the podcast, the two touch on healing ourselves and our environment, before diving into Anthony’s Seed to Stage Academy for up-and-coming musicians and producers.

“Our first album as Papadosio is called Magreenery; a play on machinery and greenery, thinking of the world as this interplay between technology and nature. In my own life, I’m highly engaged in this technology of music, but as much as I can, I get out into nature. Artistically, that’s the modus operandi I operate out of. That’s where you’ll find me: in the folds between the completely raw, original, natural world, and technology.” – Anthony Thogmartin

Ram Dass shares his journey from Harvard professor, to psychedelic renegade, to a vessel of loving awareness, on Ep. 1 of Here & Now

“I wasn’t born with a violent heart

I didn’t know what my race was

I didn’t need to kill anyone

All that I knew was love

I wasn’t born with a jealous heart

I didn’t know what I deserved and

I didn’t need to own anything

All that I knew was love

I wasn’t born with an ego

I didn’t know what my name was

I didn’t need to be anyone

All that I knew was love”

– Anthony Thogmartin, Papadosio, from the song “All I Knew”

Visit RamDass.org/Music to explore the full lineup and watch the series! 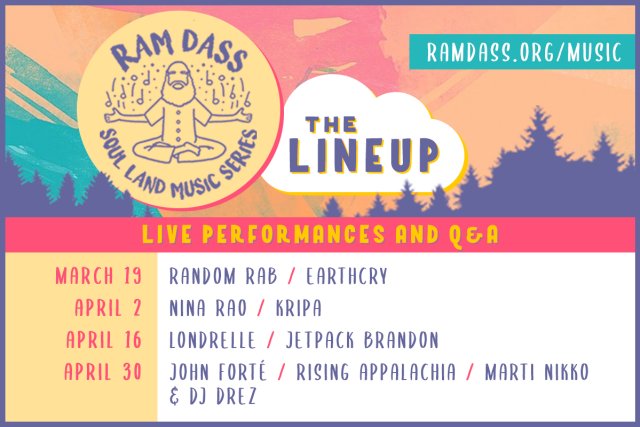 Images via Earthcry and Papadosio