Dr. Robert Svoboda rejoins Raghu, with special guest Noah Markus, to share ancient Ayurvedic wisdom elucidating how to navigate our incarnations within the law of karma.

Dr. Robert Svoboda is the first Westerner ever to graduate from a college of Ayurveda and be licensed to practice Ayurveda in India. During and after his formal Ayurvedic training he was tutored in Ayurveda, Yoga, Jyotish, Tantra, and other forms of classical Indian lore by his mentor, the Aghori Vimalananda. He is the author of twelve books including Prakriti: Your Ayurvedic Constitution and the Aghora series, which discusses his experiences with his mentor during the years 1975 – 1983. In the years since 1986, Dr. Svoboda has traveled extensively and often speaks on Ayurveda, Jyotish, Tantra, and allied subjects in locales across the world. Subscribe to his many enlightening online courses, and keep up with his offerings at DrSvoboda.com

Pulling insight from Dr. Robert Svoboda’s third book from his Aghora trilogy, The Law of Karma, Raghu opens the conversation by laying out necessary Sanskrit definitions to expand our worldview. Runanubandha, literally defined as ‘a bondage of karmic debt,’ Dr Svoboda describes as that connection between any two things–two people, person and animal, person and place–that has been created as a result of karmic debt. Karmic debt happens when there is self identification with any action of giving or taking.

“Find out a way to minimize your ego so that it is doing everything that it needs to do in order to keep all of the different parts of your body integrated and functioning. That’s all the ego is supposed to do. It’s not supposed to be creating this stuck image of who you are or where you’re going.” – Dr. Robert Svoboda

For more Dr. Svoboda and Raghu on the law of karma, tantra, and internal alchemy, explore the wisdom encased with Ep. 218  of Mindrolling

Describing the process of reincarnation due to our accrued karmas, Dr. Svoboda taps the deep wisdom well of his mentor, Vimalananda, to describe paths out of the entrapping ahamkara, or self identified ego. One way, ‘Neti Neti,’ is a practice of non-identification with the body and mind, but is not so practical in the maya (illusion) of the Kali Yuga. The method Vimalananda suggests is a form of possession: Minimize the ego, create a spiritual vacuum, then request a deity to enter into you and act through you.

“If you can be possessed by a deity, then the deity will act through your body, and you can remain in your body as a witness, enjoying what is being done, but without associating yourself with those actions; therefore not having to receive the karmic results from them.” – Dr. Robert Svoboda

Open yourself to the world of possession, as Dr. Svoboda explores the benefits and pitfalls of the taboo subject, on Ep. 6 of Living with Reality

The conversation is turned over to Noah, as he reflects on Dr. Svoboda’s idea of a ‘spiritual vacuum.’ Using the great beings of Neem Karoli Baba and Vimalananda as examples, Dr. Svoboda explains how pure devotion to a deity can create a spiritual vacuum, where there is no ego protruding itself, instead just pure spaciousness and love. To close, Noah invites Dr. Svoboda to expound on the relationship between addictive modern technology, the natural world, and our innate intuitive faculties.

“Someone who is a real devotee doesn’t want anything for themselves. They want everything to be given to them so they can offer it away, and the more you make those offerings the less there is of you to offer. That’s what I feel when I connect in with Maharajji’s energy.” – Dr. Robert Svoboda

Follow the signs. Learn to tap into the intuitive flow with Dr. Robert Svoboda and Paula Crossfield, on Ep. 8 of Living with Reality 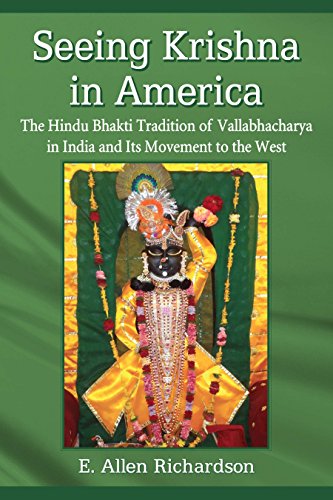