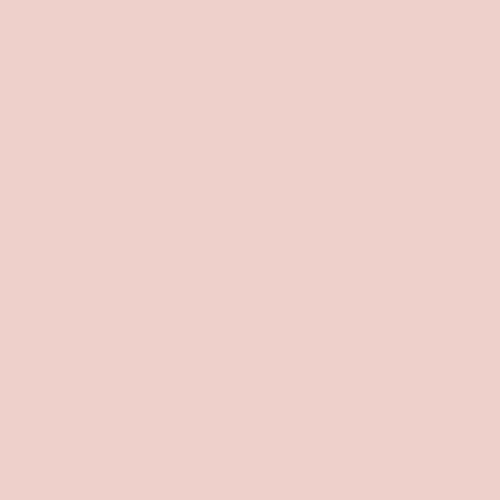 Valarie Kaur joins Raghu to discuss revolutionary love, divine rage, joy as resistance, and seeing the world with a warrior’s heart and a Saint’s eyes.

How do we love in a time of rage? How do we fix a broken world while not breaking ourselves? Valarie Kaur—renowned Sikh activist, filmmaker, and civil rights lawyer—describes revolutionary love as the call of our time, a radical, joyful practice that extends in three directions: to others, to our opponents, and to ourselves. It enjoins us to see no stranger, but instead to look at others and say, “You are part of me I do not yet know.” Starting from that place of wonder, the world begins to change: It is a practice that can transform a relationship, a community, a culture, even a nation.

Revolutionary love is to be brave enough not to resist, but reorder the world as we know it. Sign up to join people across the nation who will unify under these words to fight for reform from a place of love and solidarity. Join Valarie in a revolutionary Book Club

Valarie Kaur is a seasoned civil rights activist and celebrated prophetic voice “at the forefront of progressive change” (Center for American Progress). Valarie burst into American consciousness in the wake of the 2016 election when her Watch Night Service address went viral with 30+ million views worldwide. Her question “Is this the darkness of the tomb – or the darkness of the womb?” reframed the political moment and became a mantra for people fighting for change. Valarie now leads the Revolutionary Love Project to reclaim love as a force for justice in America. As a lawyer, filmmaker, and innovator, she has won policy change on multiple fronts – hate crimes, racial profiling, immigration detention, solitary confinement, Internet freedom, and more. She founded Groundswell Movement, Faithful Internet, and the Yale Visual Law Project to inspire and equip new generations of advocates. Valarie has been a regular TV commentator on MSNBC and contributor to CNN, NPR, PBS, the Hill, Huffington Post, and the Washington Post. A daughter of Sikh farmers in California’s heartland, Valarie earned degrees at Stanford University, Harvard Divinity School, and Yale Law School. Valarie’s new book, See No Stranger: A Memoir and Manifesto of Revolutionary Love expands on her “blockbuster” TED Talk and is available now wherever books are sold.

Grab a copy of Valarie’s new book See No Stranger: A Memoir and Manifesto of Revolutionary Love at the LSR shop

Valarie’s deepest hope for her new book See No Stranger was that she would be able to speak to and summon all of our deepest wisdom about what it means to be in community, to be in family, to grieve together, to rage together, to breath together, to labor together, and to face the injustices of this world together. Sharing stories from her own life, as well as of her family’s hardships, her strongest intention for writing on these topics was the fact that someone could have these experiences with her through the pages. Through vulnerably sharing her personal journey, she has opened a dialogue to help heal the world.

“The book is called a memoir and a manifesto, so it is weaving this tapestry of stories, but offering these stories as a way to unspool a framework for revolutionary love; how we might ground our lives and our movements in love.” – Valarie Kaur

Discover more about working with the flames of injustice on Ep. 3 of Sufi Heart

Ancestrally, coming from the Sikh faith, Valarie began inquiring about her family’s religious heritage, to which her grandfather began imparting stories unto her. One of the stories, was of Guru Nanak, the founder of the Sikh faith, who shared the wisdom, “I see no enemy, I see no stranger. I am called to look upon all around me and say, ‘You are a part of me I do not yet know.'” The Sikh ideal is of the Warrior-Sage. The warrior fights, and the sage loves. So, Valarie learned from a young age that she was called to look upon the fires in our lives, the fires in this world, with a warriors heart and a Saint’s eyes.

“My grandfather used to say that love is dangerous business. In America they say, ‘I love you,’ but it is all talk, no action. If you see someone through the eyes of love, if you bring everyone into your family, then I must let your grief into my heart, and if you are in harms way, I must be willing to fight for you in the face of injustice. So, I came to know it and experience it as a path of revolutionary love.” – Valarie Kaur

For a deep dive into the subjects of identity and race, open yourself to Ep. 28 of ReRooted

Joy is our greatest act of resistance. Joy returns us to everything that is good and beautiful and worth fighting for. I know its hard to find joy in a moment like this when we’re seeing teargas, batons, and flash grenades in the street, when our cities are burning and turning into battlefields, while the President behaves like a dictator, while millions of people are rising up to say, ‘Not in our name,’ in the wake of George Floyds murder. What role does joy have in this moment?

“I believe the meaning of life is to labor, to do our part in laboring for a just world rooted in joy, because joy is how we last. Even the night I watched the video of George Floyd’s murder, with the officers knee on his neck for 8 minutes, even as I could feel that grief seize my own body, my own heart, even as I could feel rage rush through me, I knew that all of those were important emotions in the labor of love. Joy is the gift of love. Grief is the price of love. Rage is the force that protects that which we love. Laboring in love is allowing all of those to come through you and still finding ways to return to joy.” – Valarie Kaur

Learn how to inhabit roles with joy and emptiness on Ep. 136 of Ram Dass Here & Now

Revolutionary love is the new nonviolence, the new framework for how to rise in nonviolent revolution. What marks it as different is there is a role for rage. There are ten core practices of revolutionary love, and one of them is rage. Valarie speaks on learning this the hard way. Growing up as a South Asian Punjabi woman of color, she was taught to suppress her rage, to be ashamed of her rage, to wrestle it down as soon as it rose, to be a good girl, to be polite, to not show her teeth; so there was no room for rage in the equation. It wasn’t until after her own encounter with sexual assault, and seeing her mother stand up with for her with rage in her eyes and fury in her heart, that she was able to break her silence and foster a relationship with rage.

“That maternal rage showed me that rage is the biological force that protects that which is loved. She could summon that rage for me, even when she couldn’t summon it for herself, and she was teaching me how to tap into that rage. I’ve learned now to honor my rage, to protect my rage, to see my rage as carrying information. Audre Lorde says, ‘Our rage is loaded with information and energy,’ and so the goal is to be in relationship with it. Just as woman and girls have been often taught to suppress their rage, many men and boys have been conditioned to let it explode in the form of violence or acts of machismo; and so the solution is not to repress it or to let it explode, but to give it safe expression, so that you can be in relationship with it, to dance with it.” – Valarie Kaur

Uncover more about the relationship of rage and love on Ep. 41 of The Road Home