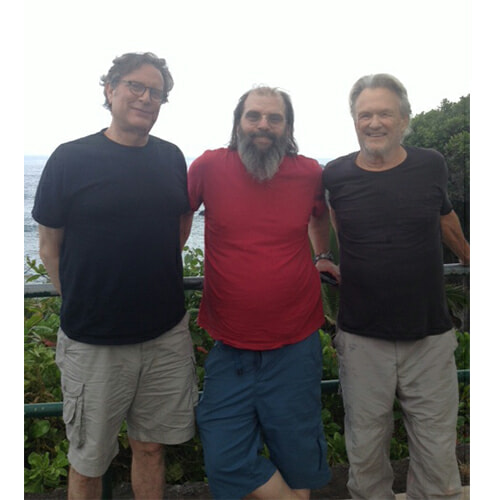 An insightful conversation with Steve Earle; famed musician, producer, and author, on his life journeys via the lens of the 12-Step Program. In his youth, exploring psychedelics was his first foray into discovering a power greater than himself. Steve shares his experiences as a recovering substance abuser, and how the 12-Step program has been a constant thread throughout his life, both as an artist and along his evolving spiritual path. Danny and Steve’s discussion covers topics such as: the cultural significance of Ram Dass and Timothy Leary’s experiments with LSD and how that facilitated bringing eastern philosophy to the west, hippie cultural icons like Wavy Gravy and the “Pranksters”, and the impact of year of 1967 on US society.

He highlights some heart-expanding experiences working with Texas death-row inmates, and recording the “East Jerusalem, West Jerusalem” album in Israel with David Broza, and a group of Palestinian and Israeli musicians. In this podcast, Steve also shares the story behind his song “God is God”, and how it came from a catchphrase he created to describe his own spirituality: “It’s a 12-Step view of God.”

In 2016, Steve has recently incorporated meditation (via an app) and yoga practices to connect with his spirituality daily, as well as, maintain his own physical strength. It’s refreshing to hear the many ways Steve has sought the balance of one’s political and spiritual self throughout his professional music career.

Steve Earle Bio:
Since 1986 Steve Earle has recorded fifteen studio albums three of which have won the Grammy Award. He has just released a duets album with Shawn Colvin entitled Colvin and Earle. His songs have been recorded by Emmy Lou Harris, Johnny Cash, and Joan Baez among others. He is also an TV and film actor including his recurring roles in the HBO series The Wire and Treme. He is the author of the short story collection Doghouse Roses and the novel I’ll Never Get Out Of This World Alive. For more on Steve’s tour dates visit his website here.