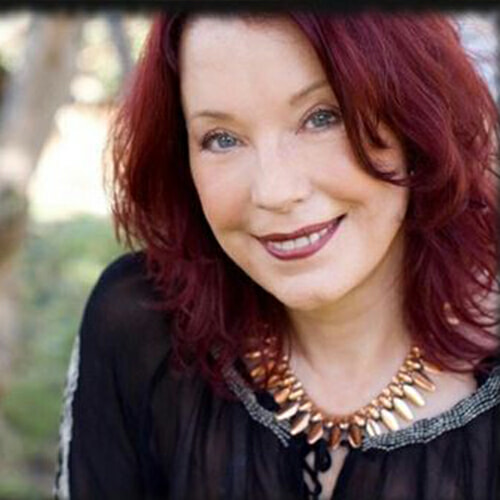 Pamela Des Barres and Danny sit down together for a chat on the congruity of spirituality, writing, music, and Pamela’s reclaiming of the word “groupie.”

One of Danny’s oldest friends, Pamela is famous for her friendships with some of the most famous musicians of the sixties (i.e. Jim Morrison, Jimi Hendrix, Robert Plant, etc.). Presently, she’s an author, writing coach, and leading “Rock Tours” around Los Angeles.

2:00 Pamela discusses her upcoming book, “Let it Bleed,” coming out in February 2017. She also shares how she came to lead women’s writing workshops over 16 years ago.

2:55 – Well known for loving Elvis and Jesus Christ. “The King and the King of Kings.” Rock n’ Roll isn’t incongruous with spirituality. Jesus and Elvis have always been inspiring figures for Pamela. Both were rebels, breaking down barriers, especially for men. “Jesus was the first rock god–carving his own path, reminding people of who they are, and getting in trouble for it. He was the first rebel for me.”

4:00 – As a child, the inner itch for spirituality started early for Pamela, visiting churches at the age of 8 and having a fascination with Jesus.

6:00 – As she matured into adolescence questioning arouse from encountering so much repression in the various religious traditions she explored. Danny adds in his attraction to the cultural shift in the 60s was a reaction to America’s materialism

8:00 – Pamela’s love with Jesus and began to seek alternative approaches to learning about him. She found Paramahansa Yogananda, and his book “Autobiography of a Yogi” through her love of music. The Beatles introduced her to Maharishi, which led her to Yogananda and the Self Realization Fellowship. On the interconnectedness of spirituality and rock n roll: “Music is god and touches the highest part of ourselves.”

14:20 – Pamela recalls how she was the woman in Jimi Hendrix’s “Foxy Lady” short film, and one of the first people to hear the infamous song. She also shares an extremely far out experience she had with Jimi’s soul after his passing.

20:09 – They share their experience with the seekers of the the sixties that went with a “spiritual shtick.” Danny and Pamela also discuss the influence of George Harrison had by bridging the east with the west, and also by making compassion cool with the first benefit concerts. “George was important in ways that many don’t remember.”

24:56 – Rock Tour LA are the guided tours Pamela gives all over Los Angeles, sharing her intimate stories with some of the most famous musicians of the 60s/70s.

26:00 – How does one not get caught in your thoughts? For Pamela, it’s all about living in the now moment, and not fretting about the past or future. In the instance of her tours, where she’s always talking about the past, the freshness of the listeners is what helps ground her.

28:00 – Spiritual Practices. For Pamela, mantras and chants from the Hindu tradition have been the most consistent, powerful, and helpful for her, amongst a variety of other practices. Also shares about meeting Krishnamurti.

33:00 – Danny and Pamela discuss whether the idealism and social movements of the 60s actually improve anything? Pamela feels that the idealism made a dent and that’s important.

36:37 – Pamela expands on the term “groupie” and her experience as being someone that has worked to reclaim that word from being so pejorative.

38:00 – William Blake and the writing heroes of Pamela’s life and the far out experiences she’s had with these figures that have expanded her life and touched her soul.

43:00 What’s most inspiring right now when it comes, to music and reading for Pamela.

45:00 Church of Religious Science and how it helped Pamela integrate her beliefs early on, and be the first to teach her “your belief system creates your world.”

Check out Pamela’s website for more on her Writing Classes, Workshops, and Rock Tours!

Pamela Des Barres Bio:
Despite her infamy as “the World’s Most Famous Groupie” or “Queen of the Groupies,” Pamela Des Barres has many other facets, fascinations and unique talents. Known mostly for her heady dalliances and friendships with classic rock’s elite dandies in the 60s and 70s, she presciently kept copious diaries about those madcap revolutionary days and nights. Pamela has written four books, I’m With the Band, Take Another Little Piece of My Heart, (autobiographies) Rock Bottom: Dark Moments in Music Babylon, and most recently, Let’s Spend the Night Together: Backstage Secrets of Rock Muses and Supergroupies.

“Miss Pamela” has shared her history on endless TV and radio shows and documentaries, including two memorable stints with both Oprah and Larry King. Last year she wrote and produced an hour-long VH1 Doc interviewing an array of supergroupies based on her most recent book.

She has been teaching ongoing women’s writing workshops in Los Angeles and all over the country for twelve years, inspiring like-minded dolls to share their desire, stories and ideas in a totally safe environment. She calls these writing parties “Groupie Therapy.” And as an ordained minister, Pamela performs unique one-of-a-kind rock & roll weddings!

Here are some of the books mentioned by Pamela in this episode:

Take Another Little Piece of My Heart: A Groupie Grows Up

Autobiography of a Yogi by Paramahansa Yogananda