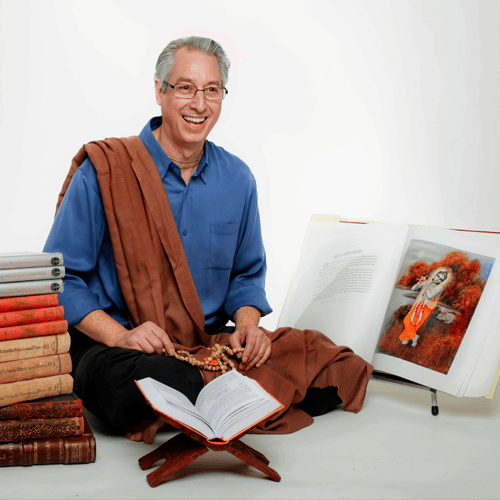 Joshua Greene is the author of two of my favorite books about spirituality.

Here Comes The Sun: The Spiritual and Musical Journey of George Harrison which in my opinion is the best book about the Beatle’s spirituality and Joshua Greene has a personal relationship with Harrison that gives the book a lot of heart and detail not to be found anywhere else.

Green’s latest is a biography of Bhaktivedanta Swami Prabhupada who created the so-called Hare Krishna organization. It is called “Swami in a Strange Land: How Krishna Came to America” and Greene’s excellent research and accessible writing style is helped by his personal experiences with the Swami.

Greene is also a filmmaker whose Holocaust documentaries have aired on PBS, The Disney Channel, and Discovery. Talking to him was a joy for me because we have known each other since we were both twelve years old (we went to the same Middle School and High School in the sixties

Prabhupada came to America in the sixties with a unique devotional foundation to his yoga teachings. He quickly became a public figure in the counterculture movement. Joshua and Danny discuss Prabhupada’s explosion in popularity and the role he and his teachings played in American culture. They also talk about the International Society for Krishna Consciousness (ISKCON), also known as the Hare Krishna movement, and its public reception.

“Real spirituality must make a practical, tangible, quantifiable difference in the world. There was a time historically where you would leave the culture, go to the woods; go to the caves; go to the mountains. It was all about you and your salvation. That time is long gone. We’re too interconnected now, and our progress is intimately connected to the contribution we make to the society around us.”

In The Presence Of Grace (22:55) – Greene talks about his time with Swami Prabhupada. He shares the story of first meeting the teacher and grace with which he was received.

The Real Deal (24:50) – Despite its foundation of love and peace, the public often labeled the Hare Krishna movement as a cult. Joshua comments on the negative light that was cast on the organization.

“How do you integrate something so apparently alien into a very consumer-oriented fast moving culture? There were some people who were just ready for it. . . Others who tried it, it wasn’t for them and they moved away. I think the more level-headed people found some kind of homeostasis, some middle ground where they didn’t have to give up their lives.”

Basic Beings (33:40) – Swami Prabhupada was quite a strict vegetarian. Danny and Greene discuss his stance towards the treatment of all beings.

“If the symptoms of life are there we have to acknowledge that there is a divine spark. Whether it is a plant or animal, anything we say is alive there is consciousness at work there.”

George Harrison (38:30) – Greene talks about meeting George Harrison for the first time and how their lives became entwined. He shares being volunteered into Harrison’s band to play harmonium for Harrison’s Radha Krishna Temple album.  Joshua shares Harrison’s passion for the spiritual journey and exposing others to it.

Danny discusses with Joshua the juxtaposition between Harrison’s deep spiritual side and his inner turmoil and struggles. We are reminded that every one of us is on our own journey of growth that is paved with trial and error.

“When they dance to this, they get spiritual benefit.”

For more from Joshua Greene, find him online. 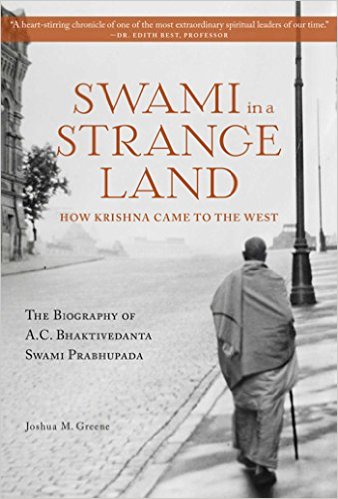 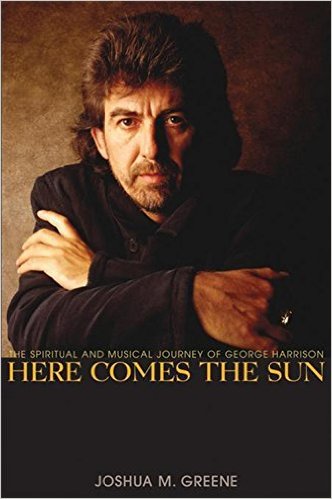