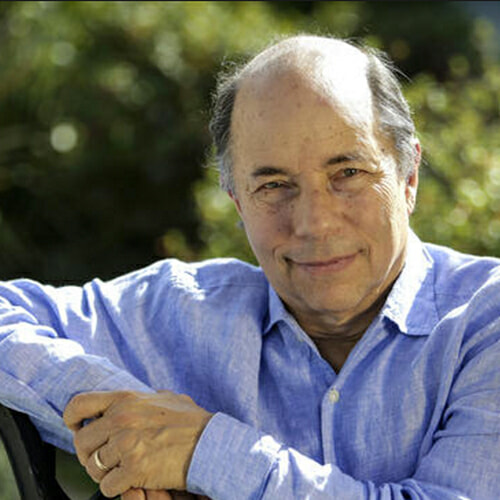 In this latest episode, Danny sits down with director and documentarian, Robert Greenwald. He founded Brave New Films twelve years ago during which time Robert has produced and directed nine documentaries. The subjects of his films range from Fox News to Wal-Mart to Wars in Iraq and Afghanistan and most recently “Making A Killing: Guns, Greed and the NRA” as well as dozens of short documentary pieces on progressive themes. Prior to that Robert was a major force in as a Director of TV films for which he personally received three Emmy nominations including for The Burning Bed and 21 Hours at Munich. He also directed several feature films including Xanadu and the Abbie Hoffman bio-pic Steal This Movie.

Danny and Robert start off their discussion looking Robert’s relationship with the external vs. internal components of his life. From his external film career, success, and financial abundance paired with the internal development he experienced emotionally and psychologically. Especially, coming from a family of therapists and via his own experience with therapy:

“I am in awe of the process… it has affected my life in amazing ways, it’s not always easy or pleasant….it’s much easier to blame other…but the process of talking no matter what particular school of therapy, and learning about yourself, learning about your behavior and trying to understand it as it continue to be an extraordinary process.”

A constant theme throughout this podcast is Robert’s work with people who influence via social movements, and the “immense satisfaction” he gets from making documentary films and giving “a voice to those that stand up against the big guys.” From the inception, Robert has declined to accept any fees or salary for his work at Brave New Films.

They also touch on the 1960s and the development of the counterculture in the late 60s. This influenced Robert enough to make a film on Abby Hoffman, and as a way to relive the 60s, to acknowledge the power impact of those times. This comes through in his other documentaries: the notion that we can challenge the system by looking at societal issues as a systemic issues not an individual issue. They go on to talk about the focus of Robert’s film “Steal This Movie”, the cultural and political figure, Abby Hoffman, and his impact on the Vietnam War era.

Other pertinent topics they cover include: depression, what compels corporations to perpetuate suffering for their own gain; Carl Jung and his perspective on the “the shadow and wounds”; and some poignant anecdotes from his time documenting the stories around drone killing in Pakistan/Afghanistan. To close Robert shares on the responsibility one has when creating films that is bringing fear laden situations to light and what’s happening in the current 2016 Presidential Election.