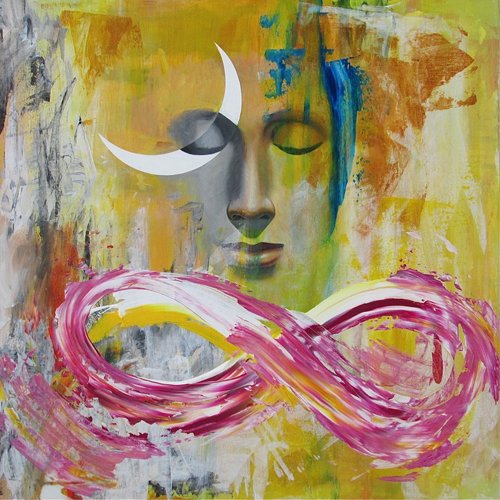 On this episode of Here and Now, Ram Dass talks about our separation from the One, getting back to God, and what we must do to make it happen.

How would you answer the question of, “Who do you think YOU are?” You probably believe that you are somebody, but that somebody is the ego. Ram Dass delves into separation and the self.

Ego and the Self (17:00) – Ram Dass explores the concept of the self and the ego. What is the core of the illusion of separateness and how does separateness begin? Ram Dass describes the Christian idea of original sin through another lens. Original sin is the act of separation from the whole, separate from the divine. When we lose the whole, we become attached to the part, which is the self. So how do we go about getting back to God?

The process of becoming enlightened or liberated means becoming free of all molds and models, including the sense of a separate self. In doing this, YOUR consciousness merges with the greater consciousness, becoming part of the whole once more.

Out of Eden (24:30) – Ram Dass returns to the moment of being cast out of The Garden of Eden. Asking how does this separate entity deal with the forces of the universe?

Ram Dass explores a few of the ways we can approach this problem, including the Daoist approach.

Proving Yourself Wrong (27:45) – The separate self has within it an innate sense of smallness, inadequacy, and unworthiness. We then spend the course of lifetimes trying to overcome this through achievement and proving ourselves.

Part of going to God and merging back to the whole is letting go of all which holds us back from doing so. We must see what is within us that keeps us from being free.

Karma and Doubt (32:00) – Giving up our attachment to being right is essential to move closer to this goal of merging back into the whole. We can be righteous, but we cannot be righteous and be one with God. Ram Dass explores Karma and some of the things that free us of it.

Doubt is something we must move past as well. While doubt and the rational mind are beneficial in this world, it must be left behind when seeking to become one with God. Doubt comes from not wanting to be tricked and taken for a fool. It protects us in some ways, but it keeps us in a state of separation. When it comes to getting back to God, though, we must let it go, because doubt will keep reinforcing the reality we are trying to escape.

Agitation (39:55) – Agitation is the completely out of control mind. When we wake, there is a stream of disconnected thoughts and emotions. That stream of thoughts can be dimmed and moved to the background.

Lust (41:55) – Lust is something all practices that deal with liberation address. The predicament is that we are separate entities that yearn to drop that feeling of separation and get back into the feeling of wholeness.

For us, the quickest way of just to feel this connection again is through orgasm. At that moment, there is nothing or no one else, including yourself, just a oneness.

Sex and Desire (47:55) – There is nothing wrong with this desire. Sex is a gift for us to enjoy. But lusting after the rush that simulated oneness will always keep us separate.

The connection we feel during orgasm is just a small taste of what is to come. Ram Dass compares it to leaving the little candy bar behind so that you may get the big one later on.

Self- Pity (54:30) – Self-pity is one of the things that most feeds the ego. Even while doing spiritual practice, we always compare our experience to others and feel pity when we find ourselves left wanting.

Greed is another thing we all deal with which keeps us separate. It must be let go of, like everything else.

The Guru (58:45) – So how do we get rid of all this which keeps us separated from God? Ram Dass explains the Bhakti path of getting rid of it all through the Guru.

The Guru helps get rid of the stuff that keeps us from God and gives us an example of what true liberation is.

Mother Kali (1:02:20) – Ram Dass introduces the concept of the Mother as a figure that can free us of our attachments in the world. Aligning ourselves to those aspects of the Mother, allows us to move towards the Father.

In Hinduism, this aspect of the Mother is represented by Kali. Not the usual image of beauty and love, Kali has a ferocity and ugliness which represents all of the things within that keep us from going to God.

If we want to hold on to our attachments, Kali looks incredibly ugly. However, if we want to surrender all that, Kali is there to take it from you. When we approach her this way, we begin to see the Golden Goddess within the heart of Kali. What we see is the radiant beauty of liberation.

In this episode, Ram Dass touches on the Guru and the Mother. Check out our Awakened Heart Blog from more on the role of the Guru, and Mindrolling Podcast for an insightful podcast on Kali Ma with Trevor Hall. 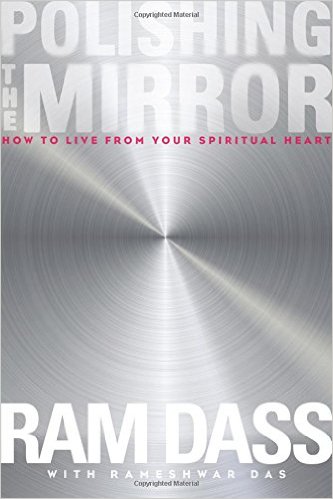