The Venerable Tenzin Priyadarshi Rinpoche is the Founding Director of The Dalai Lama Center for Ethics and Transformative Values at the Massachusetts Institute of Technology. He received his undergraduate degree (summa cum laude) and was also an Integral Honors Scholar (studying Philosophy and Physics), and has a graduate degree in Comparative Philosophy of Religion from Harvard University. At the age of ten years, he entered a Buddhist monastery in Rajgir near ancient Nalanda University and was subsequently ordained by His Holiness the Dalai Lama, who is his spiritual mentor. He has been interviewed by the National Public Radio and articles on him and his work have appeared in the New York Times and the Boston Globe. He also speaks at the American Academy of Arts and Sciences and various institutes of learning. Venerable Tenzin lectures internationally and is also President of The Prajnopaya Foundation, a worldwide humanitarian organization. Keep up to date with Venerable Tenzin’s offerings and learn about his new book Running Toward Mystery: The Adventure of an Unconventional Life on his website imonk.org

Contemplating his upbringing in India and what led him to run away to a Buddhist monastery at the young age of ten, Venerable Tenzin reflects on a series of reoccurring dreams he had as a child and how their increasing intensification sparked his running towards the mystery. Venerable Tenzin would later come to know the visions in his dreams as faces of Buddhist monks and prominent teachers, and important sites of the Buddha, like Vulture Peak. Eventually, the dreams became too much to ignore, so Venerable Tenzin decided to run away from his boarding school on a spiritual journey which would eventually bring him to to Rajgir to study Buddhism.

“I just felt like a force or something was guiding me along this journey. I had no particular destination in mind. I had no logical thinking about where I might end up, or where I would be going, and the journey just unfolded.” – The Venerable Tenzin Priyadarshi

For an illuminating view into the life’s journey of another Buddhist master, Mingyur Rinpoche, check out Ep. 289 of Mindrolling

Pulling from Venerable Tenzin’s new book Running Toward Mystery: The Adventure of an Unconventional Life, Raghu brings up the notion that solely ‘understanding’ will never provide the complete picture. At any level, we need to test in ways that are not just theoretical, but grounded in experience. You can learn all you want about the mechanics of bicycles, but that doesn’t give you the experience of riding one. In regards to his spiritual journey, there was a reason that Venerable Tenzin Priyadarshi headed towards the train station first, and the library later on.

“One of the biggest challenges with our spiritual learning is this ego. This ego prompts us to learn on our own terms, and the biggest realization in spiritual life is that lessons and teachers do not come on our own terms. They come when we need them the most. That in itself is a beautiful shattering experience of the ego, the discursive mind, the expectations.” – The Venerable Tenzin Priyadarshi

Join Ram Dass as he leads a dharma talk, guiding us through changing the channels of our consciousness to transcend our small selves, on Ep. 166 of Here & Now

Sharing his thoughts on the pandemic and protests, Venerable Tenzin offers the sentiment that it would be a shame if we simply went back to the old normal and ignored this beautiful portal of change and opportunity to transform human and societal behavior. In this portal of opportunity, he advises that if you want to create a new normal, it’s not just about effort alone. It’s about taking joy in the effort. It’s about taking joy in uprooting our personal biases against other humans and against the environment. This is made possible because so much joy is found through our inherent interconnection. 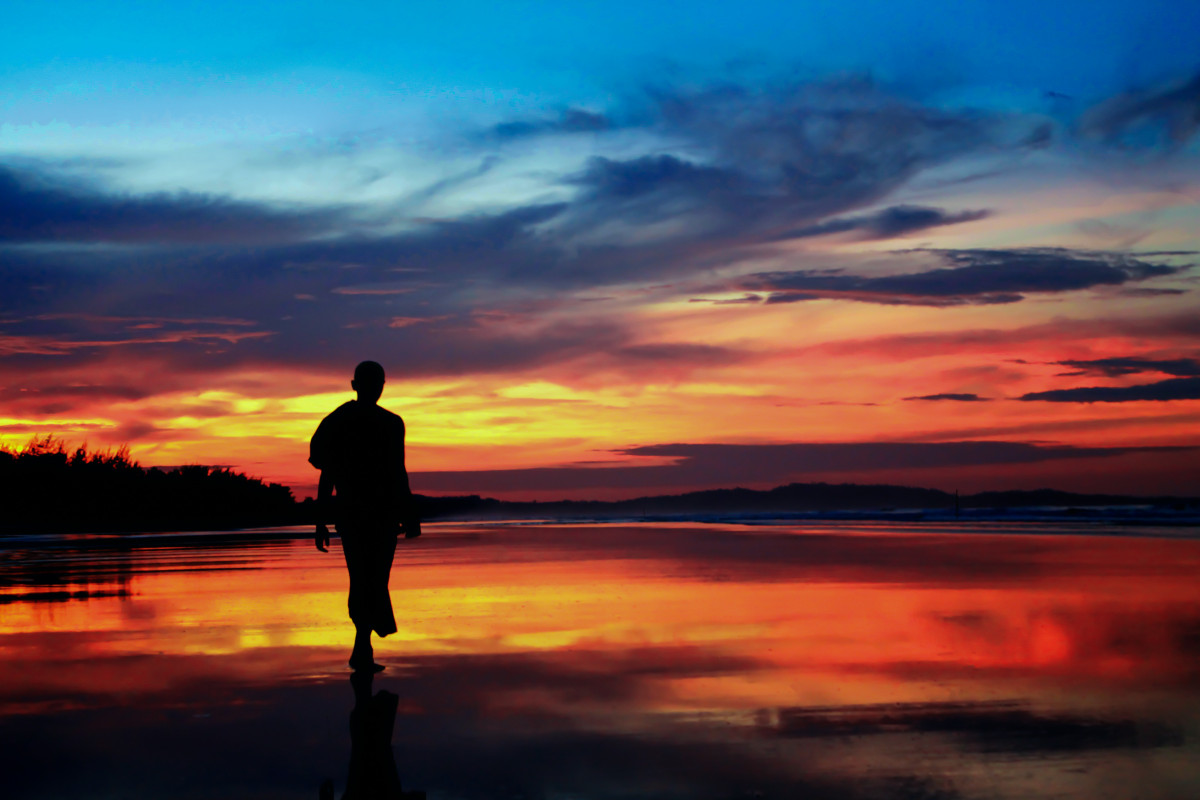 Images from imonk.org and pxhere