Bill Barbot grew up a white, straight, nerdy, middle-class kid in the suburbs of Washington, DC. The 70’s blessed him with a love of top-40 radio, and, what came to be known as classic rock, morphing his teenage brain into a lyrics memorization machine for Neil Diamond and ACDC. The punk rock bug bit via Husker Du’s Zen Arcade in Fall of 1984. After stints in various punk and new wave flavored bands throughout high school and college, a willingness to apply for jobs he wasn’t qualified to tackle led him to abandon his Russian degree from William’s College to become the 2nd guitarist and singer for DC post-punk heroes Jawbox in early 1991. The move proved a success and Bill recorded and released three albums with Jawbox. Life on the road suited him and he played over 600 live shows on multiple tours of North America and Europe. After Jawbox’s demise in 1997 he released an additional album with Burning Airlines. He shortly hung up his guitar to join the internet revolution, starting the digital design firm Threespot in 1999. He now serves as the agency’s president, pursuing the company’s vision of using it’s talents in communications strategy, digital design, and software engineering to serve clients and causes committed to positive social change.

Bill shares on his early years of getting into music, specifically the dichotomy between popular major label acts and the budding underground, independent music scene. There was an evident difference in accessibility between major label classic rock artists and the underground, punk, hardcore acts of the time. As a teenager without a lot of money yet, punk rock records were affordable in a way that major labor music was not. Through the open and welcoming accessibility of punk rock, a new world of creativity was opened to Bill as he was introduced to a culture of creators who were doing it for themselves, rather than for some financial conglomerate.

“I realized, ‘Hey, wait a minute. I can do this too.’ It was a process throughout high school and college of getting my head around, ‘I don’t need to write songs that are a four-part mini rock opera to have people listen to it and care about it. I can just say what’s on my mind and string some chords together and play it with conviction, and play it with passion, and somebody might actually give a crap about it.’ That was a real revolution that personally I experienced at the time, but also I think culturally we collectively experienced in the underground music scene, that this inaccessible world of how ‘real art’ was created, was only inaccessible through a mental model that we had built around it being inaccessible.” – Bill Barbot

For more discussion on paving one’s way through punk, metal, and hardcore music, check out Ep. 105 of The Indie Spiritualist

What allows art to come through? Is it all in the mind of the artist? How much of the art that we create or the music that we make is based off of what paintbrush we choose or what guitar is available? Bill explains his humble beginnings in the music scene, and how times have changed through finances and technology to open him up to a larger canvas with more tools to work with. Knowing your crafting tool, and creating an open relationship between your mind and your instrument allows a pure expression to unfold.

“This [guitar] is a tool, and so I need to try to use this tool to express what I’m feeling, express what needs to come out of me, while at the same time allowing what the tool allows you to do to inform how you formulate that expression in your mind. There’s always been that give and take for me.” – Bill Barbot

Chris reads a piece that Bill wrote and shared with him, pertaining to his views on reality, spirituality, religion and music. The two of them take a deep dive into these heady concepts, weaving in and out of Bill’s life and career as gravitational markers, but allowing themselves to float off into orbit, discussing parallel journeys ranging from their early love of science, to finding deeper meaning through philosophers such as Alan Watts. Through following his path so fully, Bill was able to merge many of his worlds through music, which offered individualized communion with the great mystery.

“My career in the arts has been both an influence on and a product of a lifelong pursuit to understand the essence of reality, the truth of what lies beneath all of the constructs we witness and appraise as tiny humans with compromised senses and intellects in the midst of a vast infinitely complex mystery. The nerdy thirteen year old in me fell in love with Carl Sagan, as an adult I’ve gravitated towards Alan Watts and his interesting take on Eastern religions, a critique of Christianity as a great idea gone horribly wrong, and an assessment of art (particularly music) as a form of shared spiritual experience and communal individualism.” – Bill Barbot

For an elucidating perspective on embracing the mystery, tune into Ep. 125 of Ram Dass Here & Now

Are we actually secure in our lives? Does locking our house keep us fully safe? Would buying an alarm system mean we are 100% protected? Bill discusses his thoughts on the eye-opening and life-changing Wisdom of Insecurity book from Alan Watts. Through taking in Alan Watts, the ideas that had been floating around Bill’s head began to crystallize and things began to make sense. He shares that we are living in an illusion of security, and despite the long litany of things you can do to keep you and your loved ones safe, the notion that you can secure security is a lie, a veneer.

For a deep dive into all things Alan Watts check out an interview with his eldest daughters on Ep. 227 of Mindrolling 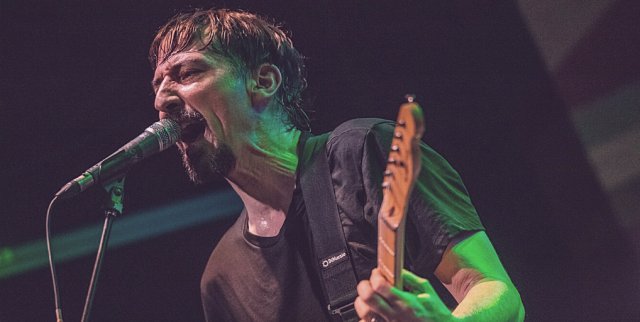