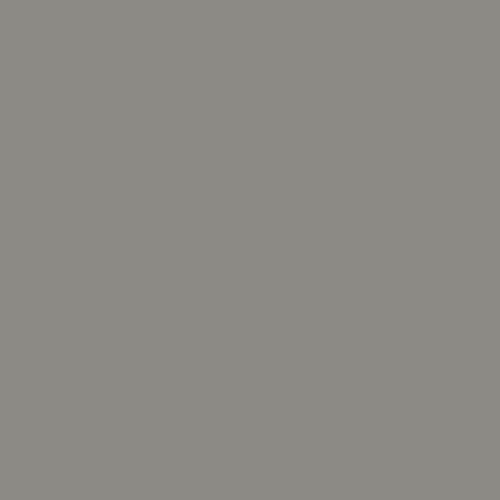 i went to maui to visit ram dass for a private retreat in the summer of 2015. he wasn’t well at the time. his doctor had given him a shot that had taken infection in his foot and he had to be hospitalized for just over three weeks time. i knew something was going strange with this trip but i was not sure what exactly it would be. i had an intuition that things were not going to be quite right (beyond my desire to have been heading to maui for a week in the middle of winter for respite from winter cold rather than the end of a hot summer). when dassi ma called to let me know that he was going to be in the hospital, i was just making my connecting flight in LAX from JFK to OGG. i thought about trying to reschedule and maybe just stay on in LA for a visit with some friends. she gave me that opportunity but my spirit said to carry on and so i did. about 15 minutes after her phone call, i was in line to board my next flight bound for the island.

by the time i landed in maui, i was out of sorts – what had i gotten myself into? i did not even really know what a private retreat was going to look like let alone one where ram dass would be in the hospital. i thought to myself, maybe now you are too big for your britches once again. sometimes you could just not be so uptight and trying to do things perfectly . . .

i was given a pause for a day or so as his medical situation was getting stabilized. the nurses at maui general suggested to bring ram dass down to a little outdoor courtyard alongside the hospital so that he and i could meet together there. since i had no idea what i was in for, to begin with, this plan seemed fine. getting one-on-one time with the guru was the thing i most wanted. if we were sitting in a little garden outside a hospital at least we were still in maui! but soon after this plan was made, ram dass had to be moved into an isolation ward because of a MRSA infection. courtyard meetings were no longer an option. if i wanted to speak with him face-to-face, it would have to be in his hospital room.

here i was in one of the most beautiful places on earth, swimming in ram dass’s pool, wandering the lovely grounds about his home, playing with the array of his sadhu cats, eating the delicious vegan meals cooked by the retreat chefs, soaking up island sun and now i was being invited to have my spiritual retreat experience inside the sterile walls of maui general.

i hate hospitals! as a child, i spent a whole lot of time in hospitals, thankfully not because of my own health, but attending to the cancers and heart-failures and illnesses of others. i was the partner of my mother for an entire summer while her father was in a small hospital in rural MN at the end of his days. i was too young to be on my own completely but old enough to know what was going on and so i had to be watched by her while she was visiting him. i spent many hours trying to avoid the smells and sights of a hospice ward and the visions along the routes and corridors to getting there.

where i grew up, in lutheran south dakota, it was seen as the christian thing to do to visit the infirm whether they were next of kin or not. i have many stories of relatives, community members, second cousins and great aunts and uncles whose hospital bedsides i visited as a child. to this day, i still get reports of who is in the hospital and why and when and the visitors and cards and flowers and fruit baskets and balloons that are present. it was a sign of social capital and a measure of character the amount and quality of all of the above. it is a quite kind tradition actually except that as a child it is a mostly awful time with smelly hallways, scary machines and contraptions and strange wards with ailing, coughing, sickly elders who you barely know.

when i was confronted with the fact that i would have to meet my teacher, THE TEACHER, in THE HOSPITAL, i was less than enthused. in fact, i very seriously considered skipping it altogether. i eventually arranged a time with dassi ma to see ram dass in his room but told myself i could cancel it if i wished. why on earth would i go into a hospital if i did not have to?!

i was over a half hour late for my first meeting at the hospital due to this deep resistance. dassi ma was gentle but justifiably exasperated by my tardiness as she lovingly escorted me up through the hallways and elevator banks to the entrance to ram dass’s room. i was instructed to put on a hospital gown and gloves before going in. she went on ahead to check on things and i stood paralyzed at the threshold to his room, panicking about the prospect of being IN THE ISOLATION WARD and all of the paranoid (imagined) possibilities my mind could create around that. dassi ma called me to come forward and i hardly moved an inch, just barely enough to be able to see ram dass sitting up in his hospital bed, surrounded by a handful of nurses and other visitors.

he noticed me – his eyes opened wide, his face animated and he smiled and waved to me too. now, i truly freaked. i really did not feel like i could go a step further into the room and so instead of moving forward i shouted out to him, “i’m sorry i’m fearful!” to which he replied, “fear… psssh – what is fear?”

however benign the whole situation truly was, however right he was about fear, however easy it may have been for me to just fake it and walk in wearing my gown and gloves to say, at least, “hello”, in that particular moment, i absolutely could not. i think i may have blacked out even – not a full faint or pass-out, but an emotional, psychic blackout where my consciousness just evaporated, separated from my mind and body. part of me could see how his other visitors were just going in and out, doing the whole gown and glove thing with no trouble and smiling and engaging with the beloved teacher, but another part of me just would not budge. as quickly as a disembodied person can, i backed out of the doorway to the room, turned and headed down the hospital hallways and elevators and out to my car, driving as quickly as possible to reach the fresh, open air and nesting ancient turtle companions of ho’okipa beach.

once at the beach, i began to come to – to breathe, to process the “fear” transmission and to realize that my reaction to the hospital situation was completely disproportionate to the actual experience before me. i was slowly able to calm myself as i sat comfortably in the warm sand, but still was very wary and reluctant to press on again the next day.

i felt as if my own mind had manifested this whole scene in order to purify my childhood hospital fear spiral. i was thinking to myself – oh my gosh! why are you so dramatic, melanie? why are you making this once-in-a-lifetime private retreat with THE RAM DASS into such an ordeal! it is so like you to have it not just be a nice, normal retreat sipping iced tea by the pool and spinning bhakti koans with the iconic guru from the 60’s. why are you creating it this way!? i was irritated with myself, disappointed in the circumstance, and nervous about the rest of my time there. luckily everyone at ram dass’ house was incredibly loving and kind and gentle with me and my freak out and i was encouraged to try again with a visit to the hospital the next day. somewhere in the night, i found my courage and the following morning, at the prompting of a text from dassi ma, i made my way back to maui general. this time, i was able to get myself past the door stop and all the way inside of rd’s room, gown and gloves on, fully in my body and, finally, seated in a chair right next to his bed.

once the others had cleared out the room and dassi ma could see that i was relatively comfortable, ram dass and i were left alone. after a few minutes of sitting together quietly, i began to reflect on my self-criticism regarding the level of drama unfolding and asked him directly — how much of this am i creating and how much of this just IS? he listened and carefully but clearly replied – yesterday, you came in here and saw needles … disease … germs… death … hospitals … machines . . . yuck! today, he said, gesturing with his hand in a broad arch to encompass the whole room – ahhhh -unconditional love. this room is unconditional love. the nurses – karma yogis.

*excerpted from Melanie Moser’s upcoming work, “My Week with Ram Dass.” Keep up with Melanie at meditatewithmelanie.com and subscribe to Melanie’s podcast Shakti Hour.

Photo by Killian Pham and Daan Stevens on Unsplash