Sitaram Dass reflects on the struggle of engaging ethically and responsibly in the modern world. In this search he turns to the wisdom of the past to navigate the Dharma of our times.

I have spent years trying to find that morally superior stance that could acquit me of the suffering of society.  As a young environmental and human rights activist I found solace by making corporations the enemy. They were the cause of our suffering. Eventually, that no longer worked, and so I had to find another strategy. As I moved away from activism and moved towards a deeper sense of spirituality and alternative living, the goal became to remove myself from the system. Yet, no matter how much I gave up, how much I shopped at co-ops, drove gas made from veggie oil, or moved onto an off-the-grid eco village, I couldn’t escape it. One day it dawned on me that even if it was possible to be totally off the grid, totally unreliant on any fossil fuel or system of government, totally in a sustainable way, I would still be responsible. It would require me to be completely removed and isolated from society while knowing what was going on. And how could I sit by idly while others were suffering? Wouldn’t my lack of engagement still hold me responsible?

The world is a messy place. Global warming, habitat loss, pollution and overpopulation are destroying the planet. We have corruption at every level of government. It seems we are constantly bombarded by signs telling us we are not good enough and pushing us to buy more. Our world is in a perpetual trance of war, and there are countless instances of needless suffering.

And there is no perfect solution to make it all go away or to absolve us of this. This doesn’t mean we don’t try. We should still work to end suffering and to live life in a way that is in harmony with our values. But forming an identity from this weakens our effectiveness.  It actually pushes the world away as we run into the safety of our labels and self-identifications.

The immensity of our global situation leaves us coping with strategies to keep it at bay. Some of us develop scapegoats, some of us ignore it through entertainment or our own personal concerns. Some of us try to escape through spirituality or alternative living. Some of us convince ourselves it’s not really a problem, or even if we admit it is, we don’t fully acknowledge it for fear that we will drown in a sea of unbearable guilt, fear, sadness and rage.

We block it out because it hurts, because it is frightening, and most of all because we do not understand it and consider it to be a dysfunction, an aberration, a sign of personal weakness. As a society we are caught between a sense of impending apocalypse and the fear of acknowledging it. In this “caught” place, our responses are blocked and confused. – Joanna Macy (Working Through Environmental Despair)

It feels like this giant quagmire, a ball of tangled knots that can’t possibly be undone. Just to look at it feels exhausting. But it requires we look, for we are not standing from afar. We are in the middle of this knotted mess and interwoven in its very strands. Not acknowledging this prevents us from acting skillfully, and not acting is a form of action. It also has repercussions that send out ripples of cause and effect. It makes us a dead weight that adds burden to this already complicated tangle.

Not by merely abstaining from work can one achieve freedom from reaction, nor by renunciation alone can one attain perfection.

All men are forced to act helplessly according to the impulses born of the modes of material nature; therefore no one can refrain from doing something, not even for a moment. (3:4-5)

Arjuna desperately wanted to shirk his duties. He was ready to live as a renunciate. Faced against an army of friends and relatives in a war that could have no clear winner, with death and destruction for all guaranteed, Krishna’s advice seems shocking:

Why? Because it was his Dharma. Arjuna was not able to prevent the war from happening and could not stop it. Him leaving would ensure the loss of the Pandavas, the force of goodness. There would still be death and destruction. Family members and friends would still kill each other. Him leaving would actually create more suffering because the Kauravas would win and righteousness would leave the land.

The Bhagavad Gita begs us to own up to our circumstance, as awful and complicated and no-win as it may seem, and to be engaged.

We are Arjuna in a no-win war. By acknowledging this we can embrace complexity. We can look at this from all sides, consider our own strengths and passions, as well as the needs around us, and do the needed work that the moment truly calls for.

This is Dharma. Its messy. The Mahabharata does not end happily, but with a society in ruins. Yet there was less suffering because Arjuna lived out his Dharma. He didn’t run away to be a monk. He faced the seemingly-impossible riddle of his time and found the knots that were his to untie.

This has strong parallels to our current crisis. Most climate scientists tell us that it is already too late to stop the effects of global warming. We have already caused irreversible havoc on the planet and the poorest of us will be the ones to suffer most. Habitat loss is happening at incredible rates and it is estimated that 30-50% of all species could be extinct by mid century. We are in a situation where looking at the bright side of things is actually harmful. And yet, still they urge us to act.

“We must do something braver than try to save the world we have known. We must accept the fact that the world we have known is going to change in hideous and damaging ways- and we must nonetheless work as hard as we can to limit that damage, and keep it this side of complete catastrophe, to save as many options for our descendants as possible. This, as I say, is hard… Once something’s spoiled, it’s easier to throw up your hands and walk away, which will be a great temptation for all of us. Still, we need to try.” -Bill Mckibben, founder of 350.org (“Something Braver than trying to save the world” Moral Ground)

There is nothing we can do to absolve ourselves of this. This is our burden to carry. Pilate may have washed his hands, but history holds him accountable.

It’s impossible to not get involved. We are already involved. Realizing this is important, for the world needs us. It needs us to untie the knots, not for any reward or gain or to ease our own suffering, but simply because there is nothing else to do. It’s not about holding a stance or political view, or joining a subculture or movement. It’s not about creating new labels for ourselves. Its not about becoming somebody.

It’s about letting go of our rigid stances and softening the boundaries of self, so we can truly see what is called for in the moment and act.

Where, then, does despair fit in? Why is our pain for the world so important? Because these responses manifest our interconnectedness. Our feelings of social and planetary distress serve as a doorway to systemic social consciousness. To use another metaphor, they are like a “shadow limb.” Just as an amputee continues to feel twinges in the severed limb, so in a sense do we experience, in anguish for homeless people or hunted whales, pain that belongs to a separated part of our body—a larger body than we thought we had, unbounded by our skin. 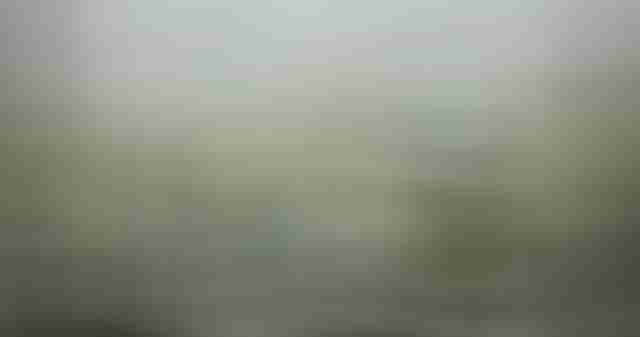 This blog was written for and originally published by Kirtan with Sitaram Dass. Sitaram Dass served his beloved teacher Ram Dass for several years on Maui, where he committed himself to the path of bhakti yoga. Now he spends his time singing kirtan, teaching and serving wherever he can. His settings range from homeless shelters, prisons, and hospice centers to yoga studios, retreat centers, and festivals. Find out more at Sitaramdass.com. Also check out his new album,“The Puja Room Recordings,” out now!