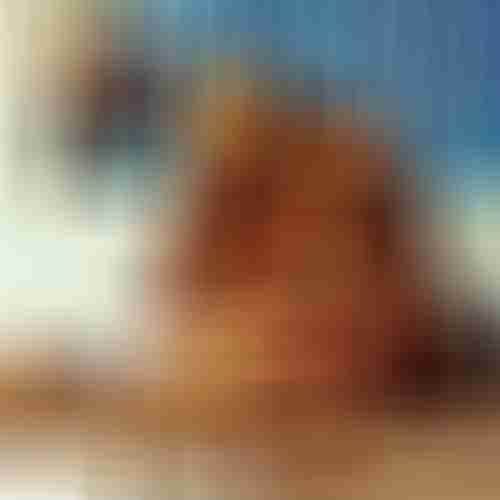 In February ’72, I heard people were going to Allahabad to see Maharajji. All the Westerners who got off at the train station were going to Dada’s house.

I walked in, and there’s kirtan going on in the living room. This is my first kirtan except for a tiny bit of Hare Krishna in college in Buffalo, along with their free sweets and veggie dinner. Goenka courses weren’t a kirtan scene, not at all. My buddy Krishna Bush was leading the kirtan in Dada’s living room, and I just fell into it. I knew I belonged. There were twenty or thirty Westerners. Half the people I recognized from Bodhgaya Vipassana meditation retreats with Goenkaji. I saw my people and sat down next to Mohan and Radha, or maybe it was Tukaram and Sita. Everybody’s chanting and grooving. There was the takhat, the bed/bench with the red plaid blanket, and many flowers. There was a nice picture of Maharajji. I’m looking at the picture, I’m chanting along, and my heart’s opening like never before. It was home. And I really had darshan of Maharajji in that space.

Then I noticed a few people coming in and out of some entrance to the living room. What was going on? They said they were going in to see Maharajji. I was already having darshan, heart open, as if he was there himself, so I didn’t jump right up, but eventually I got in that room with Maharajji by myself.

Dadaji was twirling a towel to keep the bugs off Maharajji. Here was our gray-haired Indian Brahmin professor host with a white shirt and a black vest with beedies stuck in the pocket and a dhoti wrapped around him so he looked like a kindly pasha or sultan. He was a nice old gentleman, and I thought that must be Dada with this ancient baba, who’s sitting there in a funny posture on the takhat, smiling, and welcoming me. Baba doesn’t speak English. I bow down. Dada said something like, “Oh, you have come,” as if they were expecting me. Dada said, “Maharajji says take this Prasad,” and he gives me a banana.

This is what it was like. This is what we studied at that ashram: have a banana. So what does Jeff Miller from Long Island think to himself? “I hate bananas!” It’s practically the only food in the world I don’t eat, haven’t eaten it since I was a baby. I didn’t think, “Banana, monkey, Hanuman, Maharajji, blessed prasad.” I didn’t even know enough to form such associations and concepts. He gave me something I didn’t like and called it Prasad. I knew Prasad meant “blessed food or substance.” He must have given me a blessing. I went back into the kirtan. I gave this banana to somebody, and they divided it up, laughed, and said, “Oh, Jeff gave away his Prasad. He didn’t even have a piece.” People weren’t judgmental, but it was funny. We were all laughing together. What a dufus! It was so innocent.