Neal Allen is a spiritual coach and writer, who after careers as a journalist and corporate executive, has spent his time studying and exploring spiritual traditions, both traditional and new age. He just released Shapes of Truth: Discover God Inside You, which reveals a recent, spectacular discovery about the human soul, and contains a special introduction from his wife, bestselling author, and no stranger to Be Here Now Network, Anne Lamott – who he lives and gardens with in Northern California.

Welcoming author and spiritual coach, Neal Allen, to Mindrolling, Raghu invites him to share how they first met through Neal’s wife and bestselling author, Anne Lamott‘s deep connection to Ram Dass. Discussing how interesting it was that Anne – a Christian, a Jesus devotee – would embrace the Hindu/Buddhist leaning teachings of Ram Dass, Raghu recalls first encountering Maharajji – an Indian guru – and how all he would talk about was Christ. From here, they dive into what sparked Neal onto the path.

“I knew that the symbolism of whatever the vision that accompanied the miracle was, was of trivial importance. That the only thing that was important was that a miracle had been performed. Which told me that there was a supernatural that I didn’t know anything about and that might be interesting to be explored.” – Neal Allen

Join Anne Lamott on stage on Maui with Raghu and comedians Duncan Trussell and Pete Holmes, on Ep. 295 of Mindrolling

Exploring Neal’s new book, Shapes of Truth: Discover God Inside You, Raghu asks Neal to talk about Hameed Ali’s Diamond Heart approach – merging methodologies like western psychology, eastern spirituality, and shamanism, and aimed at keeping a direct eye on our suffering and defenses to find a way to remove obstacles of the ego. Then, in an aikido-style move, Neal flips the script, taking the lead and asking Raghu “torturous” questions to showcase his head-on method of tackling suffering and ego.

“We think the illusion is the suffering and attachment. The motivation is the illusion. The motivation is a voice in our head that belittles us—the superego, the inner-critic. It’s what establishes our defensive systems that get in the way of accepting the world as it is. That belittling voice is snarky and mean, and if I keep it invisible and out of the way, I’m going to keep it strong. But if I bring it out to the surface, it’s like a vampire, it’ll disintegrate all on it’s own.” – Neal Allen Float through layers of self to come home to the core intuitive essence of your being, on Honing Your Intuition: Finding Flow in a Chaotic World

Prompted by Raghu to share a moving passage on compassion from his new book, Shapes of Truth: Discover God Inside You, Neal offers deep vulnerability around his reaction to going back to school to learn to Sanskrit, told through the honest and humorous lens of his budding spiritual marriage with Anne Lamott.

“Eventually, simply by reviewing my suffering to Anne, and therefore to myself: I didn’t hate myself like I was the pariah student. I moderately disliked myself like I was beets… While my over-talking continued, to be fixed the following semester perhaps, my self loathing released itself into the ether. What Anne had shown me, and what with her tutelage I started to feel for myself, is the aspect of God known as compassion.” – Neal Allen (Shapes of Truth: Discover God Inside You)

For Anne Lamott sharing her trademark honesty with Raghu in a conversation on revival and courage, tune to Ep. 381 of Mindrolling 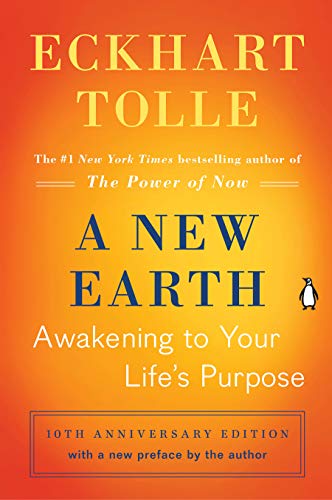