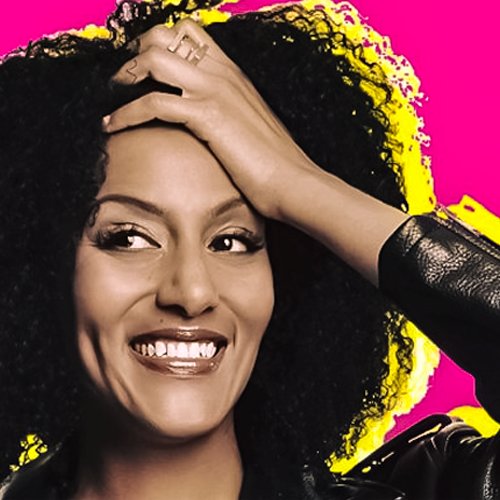 Sarah is a Tony® Award-winning performer, writer, comedian and activist. Called “a master of the genre” by ​The New York Times​, Sarah is known for her multi-character, one-person shows, including Broadway hit ​Bridge & Tunnel​, and the critically-acclaimed show ​Sell/Buy/Date​. She has given multiple main-stage TED Talks garnering millions of views and performed for President and First Lady Obama at the White House. Sarah recently launched Foment Productions, a social justice-focused entertainment company aligned with her progressive, intersectional activism. She has appeared in film and TV projects ranging from Sesame Street to ​Marriage Story,​ and she will next be seen in an upcoming Netflix dramedy series, ​On the Verge. Learn more about Sarah’s work at sarahjonesonline.com

Exploring her unique cross-section of meditation and creative performance, Sarah explains that when she was little she would go into a place in her mind where she could become different characters. Focusing in on a voice allowed her to travel to–and concentrate on–a place of refuge. Growing up in a diverse multicultural background, characters were pouring into Sarah and taking residence within her. This skill, she would use not only for meditation, but also for her work as performer, comedian, and activist.

“Whoever was in my family or in my house was pouring into me, and unbeknownst to me, they were taking up residence, and they were this refuge. Now I have a cushion, but then I had this place I could go. I don’t want to call it an escape. It was a portal onto another place that felt more restful than my life.” – Sarah Jones

To surf the flowing currents of the rich intersection of creativity, comedy, and spirituality, tune into Ep. 362 of Mindrolling

Describing Sarah’s ability to imbibe new voices and characters as a form of energetic shapeshifting, Ethan invites her to dive deeper into this practice and skill, reflecting on the underlying messages that can be learned and relayed through embodying characters from all different walks of life. Comparing this ‘trading of self for other’ with the Buddhist practice of Tonglen, Sarah and Ethan discuss the relationship between empathy and identity.

“Being able to merge myself into someone else’s experience, and to be able to imagine and embody their pain, like Tonglen: the idea that I can deeply feel that their is no seperation between another person’s experience and mine…If I can feel who they are, I can physically embody.”  – Sarah Jones

For more Sarah Jones on identity and empathy, join her with Ethan’s friend & fellow Buddhist teacher, Sharon Salzberg, on Ep. 143 of the Metta Hour

Steering the conversation into the social justice arena, Ethan asks Sarah to describe how her multicultural background flows directly into her work in the fight for racial justice, women’s rights, and an entire life and career based around activism. Imploring that all work is political because we are sharing part in this populace on planet Earth, Sarah illuminates her intention in using her activism and entertainment to lift up marginalized people.

“Because of my multiracial, multicultural upbringing, diversity isn’t a buzzword for me. I wake up in this body everyday. I am a walking reminder to America about centuries of misogyny and anti-Blackness. It’s all right here. For me, I don’t believe there’s any such thing as apolitical work. All work is political.” – Sarah Jones

Uncover the science of social justice in a conversation swaying from systemic racism to neuroscience, on Ep. 6 of the Brown Rice Hour