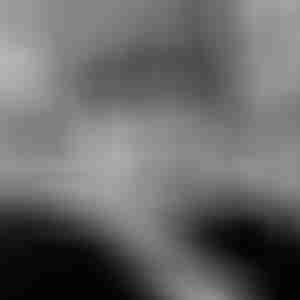 Keli is an ex-punk rocker, mother of three amazing kids. She joined the Hare Krishna’s when she was 19, but she remembers loving Krishna way before then. She and her husband Saci own Equal Vision Records. Keli also teaches yoga, chant kirtan and loves dark chocolate with peanut butter.

• Hare Krishna – Keli discusses her childhood in upstate New York and how at 7 years old, while visiting a nearby ashram, she saw a picture of the universal form of Krishna, which led to an immediate heart and soul experience for her. She also discusses the influence that the Mahabharata Comic Books and movie Gandhi had on her at an early age.

• Rebellious Spirit –Keli and I take a stroll down punk/hardcore memory lane as we discuss our introductions to it during our teenage years. From Keli seeing Black Flag in 1986 to our parents supporting our involvement in the punk/hardcore scene and much more, we cover a lot of old school ground.

• Krishna-Core – Keli discusses playing guitar with the legendary hardcore band 108 while living at a Vivekananda ashram. She also recounts other Krishna bands and members such as Shelter, Prema, Ray Cappo (Ragunath), John Porcelly and more. She also shares about the time she tried to describe 108 to Krishna Das and his response.

• Equal Vision – Keli shares talks about her and her husband Saci’s record label Equal Vision, which has been a staple in the punk/hardcore music movement since the 90’s and how it continues to be today.

• Mantrology – From Equal Vision to Mantrology, Keli talks about her and Saci’s bhakti record label which has became a seva for them as all of their profits go to supporting foundations such as Food for Life Vrindavan, a school for very poor children in Northern India: Share Your Care, a mobile eye clinic for rural villagers in India, which is under the direction of Radhanath Swami, Off the Mat Into the World, through the students of Seane Corne. Mantralogy also partners with The Call and Response Foundation, an organization that brings Sacred Music to at risk youth, and into prisons.

The Yoga Sutras of Patañjali: A New Edition, Translation, and Commentary by Edwin F. Bryant

The Journey Home by Radhanath Swami