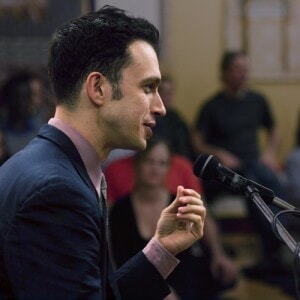 ETHAN NICHTERN is a senior teacher in the Shambhala Buddhist tradition and the author of One City: A Declaration of Interdependence. He is also the founder of the Interdependence Project, a nonprofit organization dedicated to secular Buddhist study as it applies to transformational activism, mindful arts and media projects, and Western psychology. Nichtern has taught meditation and Buddhist studies classes and retreats across the United States since 2002. He is based in New York City.

Other Books: Shambhala: The Sacred Path of the Warrior by Chögyam Trungpa Rinpoche, The Shambhala Principle: Discovering Humanity’s Hidden Treasure by Sakyong Mipham, Real Happiness: The Power of Meditation by Sharon Salzberg